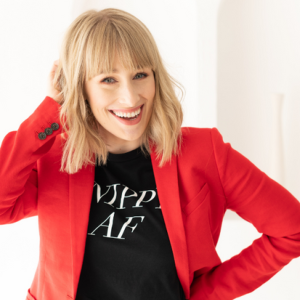 Or, Facebook is kidding us into thinking that to be friends, you simply need to be “Facebook friends” and that the work stops there.

Now let me get one thing straight. I’m not preaching from a soapbox. I’m writing this because I’m exhibit A.

I joined Facebook at age 20 and very quickly stopped investing in real life friendships, choosing instead to stalk my “friends” quietly from the shadows, getting more and more depressed about how happy they looked in comparison to how I felt.

10 years later, and I realised that all but one of my friendships had managed to remain intact as if nothing has changed. The rest reverted themselves back to less evolved states like “close acquaintance” or “friendly but not enough for regular hangouts”.

To be fair, Facebook isn’t the only thing to blame. I’ve flitted from state to state, even between countries during this time, moving house 15 times. And yes, distance adds a level of difficulty to friendship maintenance… but not that much. Let’s not underestimate the power of the phone and WhatsApp.

So what do we do with this information? Well, if you’ve been complaining that you’re lonely or have no one to hang out with… get off Facebook! Ahem. Sorry, that’s out of my system now. Now to some slightly more helpful points that were suggested by Gretchen Rubinin her book, The Happiness Project.

This is a big one. This is about respect. If you make a plan, be there. If you RSVP to a party, make the effort to show up. Every time you see one of those plans through, it’s like you’re making a lump deposit in your friendship savings account. It’s a worthy investment and with consistent efforts, you’ll see it pay dividends.

This one bugs me these days because Facebook makes it impossible to miss birthdays (therefore bridging the gap between real friends and fake friends on your special day) and also too easy to send wishes in less than 3 seconds. If you have friends that aren’t on Facebook, ask them when their birthdays are and put them in your Google calendar. And for the ones that are, stop using the lame one sentence birthday wish on your friend’s wall. Any of these things are more meaningful:

Do you realise that a text conversation only usually covers what 10 minutes of phone conversation would? Okay, I don’t know if that statistic is accurate, but I CAN tell you that if you’re not able to hang with your friend in person, the phone is a pretty close second that results in meaningful, friendship building conversation. Text messaging is (for the most part) pretty fluffy and superficial. Also gossipy. Which leads me to…

Despite having some good giggles together over a juicy little nugget, gossip doesn’t grow friendships. I would say it’s more likely to be a friendship-ender if you’re not careful. I’ll talk about this more in a future article, but just turn on your gossip radar and start to notice what percentage of your catch-up involves talking about other people in an, “Oooooh, ? I hadn’t heard that!” kinda way vs a “Damn, is so talented and pretty!” vibe. Sure, vent about your own stuff, but keep it positive about everyone else – ESPECIALLY if they’re not around.

I struggle with this. Insecure little me always assumes that everything is personal. If someone doesn’t reply or is short with me, it’s an automatic “OMG THEY HATE MEEEEEE”. This is not always the case.

In fact, MOST of the time, people are dealing with so much stuff that we have no idea about. And one of the reasons we don’t know about it is because we wait ’til we’re super lonely to get in touch instead of being a good friend and touching base regularly, just because. So be easy on people and start being more proactive with your contact.

The moral of the story? It’s all on you, kid.

We’re all busy. We’re all insecure in some way. But if you want your friendships to work and be meaningful and REAL, you need to man up and make the first move.

It’s scary. You may have left it too long with some people and they may turn you down. That’ll hurt. But you can’t blame them. People move on!

HOWEVER, I bet there are a whole bunch of people out there also wishing for the same kind of friendships you are, so it’s just a matter of finding them! After all, chances are you’ve been filling your Facebook & Instagram feed with photos of your fabulous life that look like you have zero need for any more friends. So why would they contact you?

What’s the worst that can happen? You realise that you need some new friends? So go make some! You’re not the only person on the planet on the look-out for new recruits. Hit up MeetUp and find a few local groups with similar interests and see what happens! You’ll either make some new friends or walk away with some funny stories. Either way, it’s a win.

Let’s get real about friendships this year. Make a pact to at least restore one friendship that’s been slipping due to a lack of effort and see what it leads to. No man is an island – as nice as it is to indulge in a Netflix binge every now and again – and friendships are scientifically proven to enrichen our lives and – wait for it – LENGTHEN THEM! Yep, they are physically good for us as well as emotionally. So get friending already! 😉

Kat is an actor and personal branding coach as well as the host of The Personal Branding Project Podcast and her self-titled YouTube channel. She started her career off by playing Marilyn at Warner Bros Movie World, went on to perform in the original Australian casts of Jersey Boys & Hairspray and eventually found herself writing/producing her own work before becoming a self-employed copywriter and marketing strategist. She now offers 1:1 Coaching and Online Courses for entrepreneurs, freelancers + multi-passionate creatives.