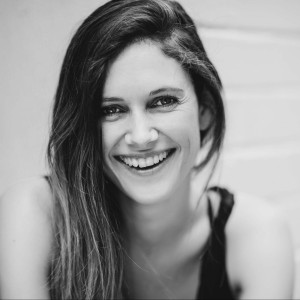 Listen to your mother. (Or don’t!)

I’ve had a massive few shifts over the last year or so. My sisters warned me this would happen around 28 years old (I can’t remember why, but they knew).

And they were right.

But I did. It sounds crazy but my unease and feelings of not-enough lead me down the path of saying, “No! I don’t want to create work. Someone else must do that bit of my dream for me.”

So, like a insane person I kept trying the same tactics (taking classes, going to auditions, doing everything every other actor does) and getting the same results. It pains me to say it because I think when any of us look back we always wish in small ways we could have tried things earlier.

If I was to want to move a mountain (I don’t, wayyy too tiring and it doesn’t hold any creative expression for me, but if I did), I could literally pick up a shovel and start moving it spade load by spade load.

And seeing as ‘moving a mountain’ is what people usually refer to as an outrageous example of what is possible and I’ve figured that out, well everything else is obviously figureoutable (a Marie Forleo word, you get it).

So. Getting back to reality now.

Mum and I had a conversation on the phone in late 2018. She asked me what I would do if someone handed me 5 million dollars tomorrow.

She pre-empted my answer by saying, “well, you would obviously buy a house, wouldn’t you? Because then you wouldn’t have to work another job other than acting”.

A fair guess as I’ve always loved the idea of owning a home… but I hesitated. It didn’t feel right.

Then I suddenly answered, “Well no mum, I wouldn’t actually. It might take a bit more than $5M but if someone handed me a huge amount of money tomorrow I’d make a film. I’d hire the best in the business crew-wise and cast myself in the lead role”.

We both knew immediately that there was an energy change. This wasn’t just a what-if anymore. This was an idea, a possibility.

Mum responded, “Well then why don’t you start?”.

An idea popped into my head and I started. I loved it. I was excited. This was a creative outlet that was all mine and that I could do as much or as little as I chose. No one could stop me writing (not even Apple – I wrote by hand in my notebook when my laptop broke).

It’s taken a year to finished the first draft – 120 pages. One-hundred-and-twenty-pages!!! What?!

This has been a good shift. Choosing to create what I want rather than wishing others would do it for me is so obvious but it takes bravery. I can no longer blame anyone else for anything that is happening because there always someone else who was in my position who changed it.

So, BE BRAVE my friends. It’s scary, it’s exciting and when you start knocking those balls out of the park nothing will feel better.

Isabel Macmaster is a Sydney based actor, writer and film creative. Having acted on screen and stage for over five years, she more recently turned her hand to writing & producing, finding a different but equally fulfilling area of creativity. Isabel is drawn to involvement in naturalistic, gritty screen productions telling stories of everyday people.