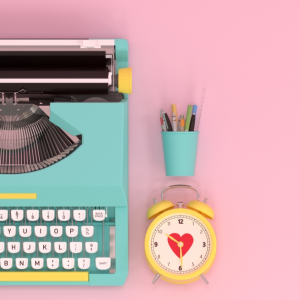 Book Review: Boys Will Be Boys

“Everyone is afraid their daughters might get hurt. No one seems to be scared that their sons might be the ones to do it.” – Clementine Ford, Boys Will Be Boys.

From school-yard misdemeanours to the shock and tragedy of male-on-female violence and murder, the phrase ‘boys will be boys’ has long been used to explain, excuse and extend bad male behaviour. Clementine Ford’s Boys Will Be Boys pulls back the flesh of toxic masculinity and lays bare its inner mechanisms.

Let’s call out the elephant in the room: this isn’t a ‘misandry book’. It is a book which confronts the reality of our own lives, and perhaps one of the reasons where even among women, discussions about masculinity and its problems are so fraught with danger. While patriarchy and masculinity are the flawed social institutions which harm both women and men, there’s no escaping the fact men are the ones who perform masculinity. Statistically, men are the ones who harm women. That’s why Boys Will Be Boys is essential reading; a necessary instrument for change.

“In terms of how ‘culture’ is conceived in this concept, it’s better to think of it as less the yoghurt itself and more the fermentation process that creates the perfect conditions for the yoghurt to exist.”

It’s in this spirit Ford talks about the toxicity of masculinity. The book’s chapters range across issues which are being increasingly brought into discourse, often by Ford herself as a columnist, including: children’s gendered upbringing; the still unequal state of our domestic affairs; the #MeToo and #NotAllMen movements; rampant misogyny fed by social media groups, rape ‘jokes’ and rape culture, and the illusion of equality proffered by the meritocracy. Importantly, she explains why it all matters – even ‘safer’ topics such as the unequal representation of women on our TV/movie screens and behind the scenes.

While I admit to feeling some scepticism on the “gender reveal part[ies]” she talks about (as a mother of three I have never been to one or even heard of them) I’m taking it on faith that they do happen, at least in America. Nit-picking aside, I agree with Ford’s observations on the way a foetus and developing baby is gendered before it’s even born. Ford uses the narrative of a little boy at a party who wanted a butterfly painted on his cheek. Both parents aggressively object, asking the face-painter to paint a skull instead. This heartbreaking story went viral on social media not so long ago, and through its narrative lens, Ford shows how parents can unintentionally – or in that case intentionally – pass on harmful gender messaging through gendered play, dress, and behavioural codes.

The gender reveal party was pretty small fries compared to the more meaty chapters, like The Manosphere and Asking For It. Despite having an awareness of the hate, anger and agitation at women, I actually found parts of this shocking. She coolly deconstructs Men’s Rights Activist’s arguments including the deliberate manipulation and misuse of data, exposing their true agenda:

“[To] force women in the process of liberation back into the subservient roles that make all of patriarchy’s negative consequences for men easier to bear.”

The more I read, the more I couldn’t help being reminded of a quote from Germaine Greer’s epoch-making The Female Eunuch (1970): “Women have very little idea how much men hate them”. Intentionally or not, Ford dives fearlessly into the guts of that statement, explaining why masculinity is harmful to women.

Drawing on current events and social media movements, Ford brings to light the male entitlement to power, sex and women’s bodies. Unless you’ve had your head in the sand, you will be familiar with most of the case studies she uses as narrative. The beauty this book is that it allows us to look beyond the sound bites of the 24-hour news cycle and really consider the meaning behind the words and actions of the men involved. Using her dry wit and the gravity of the subject matter, she chillingly articulates why women have every reason to fear masculinity. And it is frightening.

In a discussion of ‘mateship,’ Ford shows the prevalence and persistence of (non-consensual) group sex as a bonding experience between men. In the case of both randoms and high profile personalities, she points out the way legal, sporting, media and social institutions serve to protect the perpetrators and incriminate their victims: the issue at trial is whether the woman is lying, not whether the man has perpetrated the crime.

Ford speaks of the frightening increase of anti-feminist groups and “incel” (involuntarily celibate) groups whose lack of the sexual experience masculinity tells them they must have has turned them into a bunch of angry men who describe women as “two-holes”. Nice, huh? It would be almost laughable if it weren’t so serious. Ford points to a 2014 US incident where ‘incel’ Elliot Rodgers enacted his “day of retribution”, murdering 6 young women and injuring 7 in a sorority house because they wouldn’t have sex with him.  Sound extreme? It is.

Ford points out with the rise and rise of rape culture, undisguised misogyny is becoming more and more a part of the good ol’ institutionalised sexism and misogyny we’re already used to. There’s a fair chance you know someone who shares some of the sentiments as these groups.

Clementine Ford is known among conservative and meninist circles as a misandrist; a man hater. The truth is, she actually isn’t. As a woman, feminist and a mother of a boy, Clementine has a vested, personal interest in trying to break down the constructs of the current way masculinity is performed, and turn it into something new. Something viable for her, the daughters of the world, and her son:

“I am increasingly disagreeing with the view that not all men are the problem…I have a male partner I love, and I’m the mother of a son for whom I would die a million times over, but the gap between where we live in the world is treacherous and deep.”

Through Ford’s clear discussion, arguments and revelations I see a woman desperate to save her son from the social construct we know is not serving boys and men, let alone girls and women. In fact, I got something in my eye when I read the Epilogue, a touching letter to her son.

Boys Will Be Boys is an expectedly uncompromising read. It’s also an insightful, poignant discussion which looks unsqueamishly into masculinity’s heart of darkness. The fact that the book exists shows that we’re on the cusp of change; and that women may have to be prepared to fight to hold onto the freedoms our feminist mothers have won us. It shows us why we need voices like Clementine Ford’s. For mothers, wives, partners, sisters, aunts, friends, women and men of all ages, this book is of true value.

Boys Will Be Boys